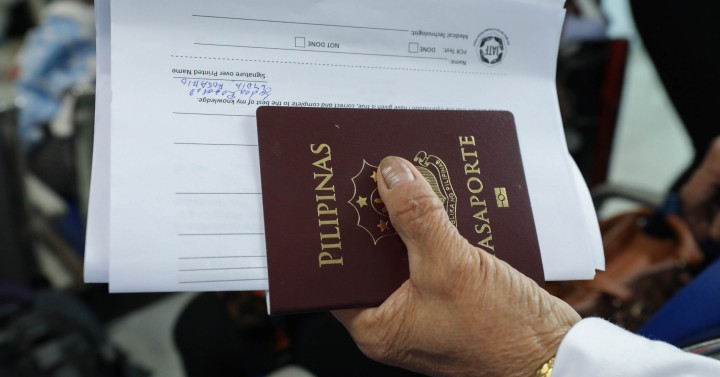 Philippine Consul General Edgar Badajos said the opening of a VFS Global Philippine Passport Renewal Center (PaRC) in Los Angeles is a continuation of the global DFA-VFS deal that began. in 2019.

“The DFA has entered into an agreement with VFS Global in accordance with President (Rodrigo) Duterte’s directive for Philippine agencies to streamline procedures and make electronic passport renewal services faster and more convenient, especially for Filipinos at abroad, ”Badajos said.

As of May 2021, the Consulate General has been processing the maximum number of applications for passports, dual nationality and other consular services that its limited premises and staff can accommodate and process on a daily basis.

With the demand for passport renewal services well beyond the operational capacity of the consulate, the DFA said “it was felt that opening a VFS Global PaRC in Los Angeles would help solve the problem.”

In addition to its regular weekday services, the consulate has been providing consular services on Saturdays since March 2021. It also resumed its post-pandemic consular outreach missions in May 2021 and has so far visited Las Vegas, Nevada. ; Phoenix, Arizona; and San Diego, California.

VFS Global will be responsible for handling passport renewal services, particularly those with non-complex, non-sensitive and non-discretionary elements.

But as a third party service provider, VFS Global will charge additional fees for its services.

“The renewal of the passport via the VFS Global PARC is not compulsory. It is up to the candidate to decide whether to apply through VFS Global or through the DFA-Global Online Nomination System (GOAS), ”said Badajos.

The appointment slots to be deployed by VFS Global for passport renewals will be announced separately on its website, with a link to be provided on the Consulate General’s website.

The DFA has advised the public to visit the Consulate General’s website and Facebook page for future announcements on the location of the VFS Global Passport Renewal Center in Los Angeles and when it becomes operational. (ANP)